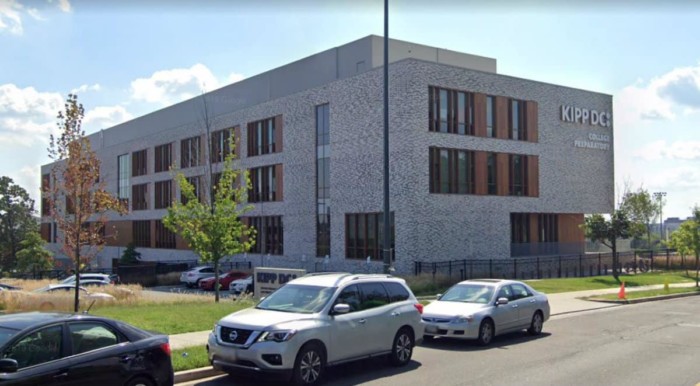 According to a report by News 4 Washington, KIPP DC College Prep principal Andhra Lutz has been charged with failure to report for allegedly waiting almost a week to report allegations of sexual abuse involving a teacher.

A student accused a male teacher of sexual abuse in 2018, but child protective services were not notified until nearly a week after the allegations were made. In Washington D.C., school employees are required to promptly contact the authorities regarding suspicions or allegations of child abuse.

Police reports state that on October 18, 2018, a female student told Lutz that a male teacher had made sexual contact with her. This student accused the teacher of rubbing up against her and brushing his penis against her arm through clothing.

Police did not file charges against the teacher. KIPP DC also released a statement that said an internal investigation did not find a violation of the school’s standards. However, a separate police investigation found that Lutz waited six days before she reported the allegation to child protective services.

Lutz was charged with failure to report in August. She appeared in D.C. Superior Court on Wednesday and entered into an agreement to have the charge dismissed under the condition that she and other school staff would participate in additional training for mandatory reporting.

Legal Options for School Sex Abuse Victims and Their Families

Student safety must be the top priority for all schools. Sadly, preventative measures against sexual abuse are an important part of any student safety plan. Sexual predators are often found working in positions of trust, including as teachers.  Principals, superintendents, and other school officials must take this widespread problem seriously. When a student reports sexual abuse by a teacher, those allegations must be reported to the authorities immediately and the teacher must be investigated.

Some cases of sexual abuse by teachers are preventable and happen because of negligence by the school. For instance, a school could be considered negligent if a teacher been the subject of previous allegations of sexual misconduct but no action was taken by the school. In cases of negligence, school sex abuse victims and their families may have the right to file a teacher sex abuse lawsuit.

If you or a loved one is a survivor of sexual abuse by a teacher or another school employee, you can learn more about your legal rights in a free consultation with one of our experienced sex abuse victims lawyers.