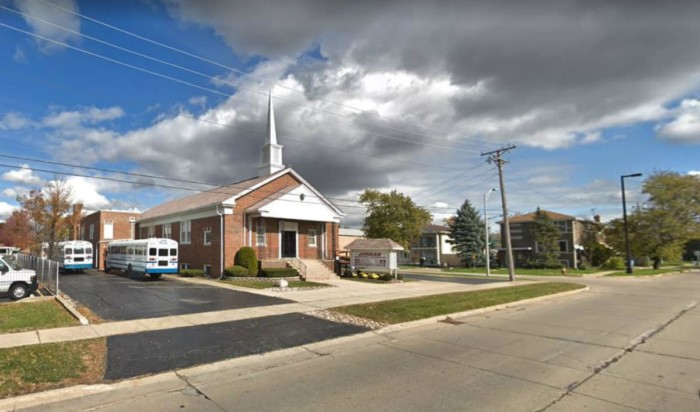 49-year-old Jordan Baptist School teacher Shannon Griffin was arrested on Monday, July 1 and charged with several sex offenses for allegedly sexually assaulting a student and soliciting child pornography from another.

Griffin is charged with five counts of criminal sexual assault, one count of soliciting child pornography, one count of distribution of harmful materials, and one count of grooming.

The Cook County sheriff’s office had been investigating Griffin for about a month before her arrest. According to investigators, she sent nude photos and videos of herself to one student and requested nude images from two students.

These alleged offenses started in 2013 and continued until March of 2019, according to the sheriff’s office. The investigation is still ongoing.

Griffin is a kindergarten teacher at the Jordan Baptist School, which serves students from kindergarten through high school. Both the church and school are run by Griffin’s husband, Pastor Thomas Griffin.

The ages of the victims have not been publicly released at this time. Griffin had a bail hearing scheduled in Cook County court on Wednesday, July 3.

Attorney contributor Brian Kent represents families affected by sexual abuse in civil cases and those sexually assaulted at school. Brian has offered to share a few of his thoughts regarding the legal options available to school sex abuse victims and their families:

Sexual predators are often people in trusted positions, such as teachers.  Attorneys regularly see cases involving teachers and other school employees sexually abusing their students. It’s critical that our schools are aware of the fact that sexual predators seek out positions in education and that these schools do everything they can to protect their students from the threat of sexual abuse.

In some cases of sexual abuse involving school employees, the school was at fault for failing to protect their students due to negligence. For example, a school could be considered negligent in a student sex abuse case if the school failed to run a background check before hiring the accused or had ignored previous allegations of sexual misconduct involving that employee.

In cases involving negligence at a private school, the victims and their families may have grounds for a lawsuit against the school.

If you or a loved one has been sexually abused by a school employee, you can learn more about your family’s legal options by discussing your case with one of our experienced sexual abuse survivors attorneys in a free consultation.